If you’ve spent some time in China, especially as an English teacher, you’d probably know a few Tigers, Luckys, or Pizzas.

Why do some Chinese people pick “funny” names for themselves?

Here’s my theory: In China, most people share a few common family names and thus distinguish themselves by having unique given names. The opposite is true in Europe and the U.S. – common given names, unique family names. Thus, when Chinese students give themselves English names, they try to pick words that are as unique as possible, similar to how their parents picked their Chinese names.

Below are the three most common family names in China, the U.S., and the U.K., as well as their share of the country’s population. It’s clear that family names are a lot more concentrated in China than in the U.S. or the U.K.

Given Names - Unique in China

Next, I plot the concentration of given names for the three countries. The U.S. and U.K. data is from administrative records, while the Chinese data is assembled from my various other projects (n=300k). The latter is by no means a representative sample of the country’s population, but I was able to confirm that the broad patterns in this non-representative dataset are similar to those seen in China’s 2010 Census. 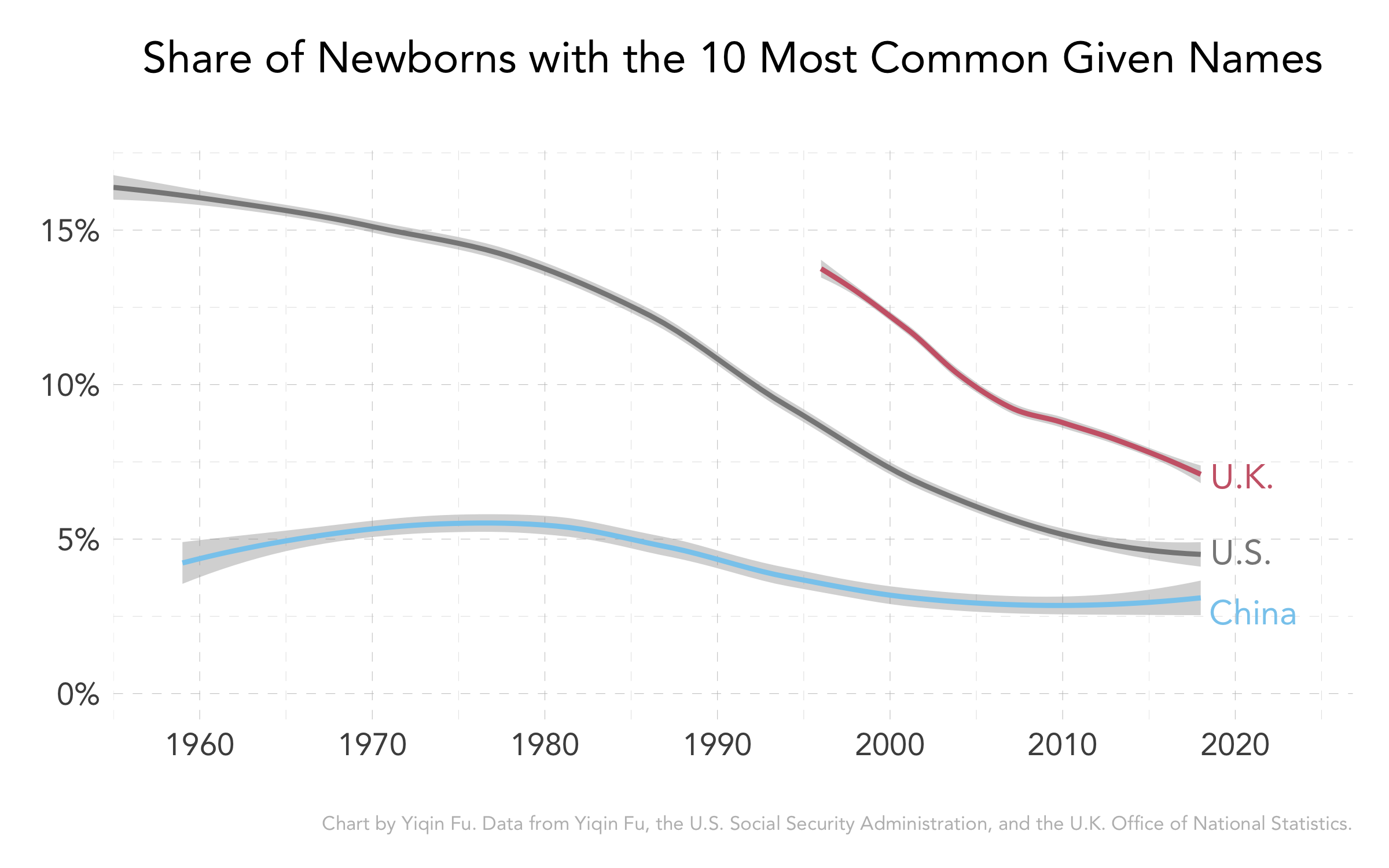 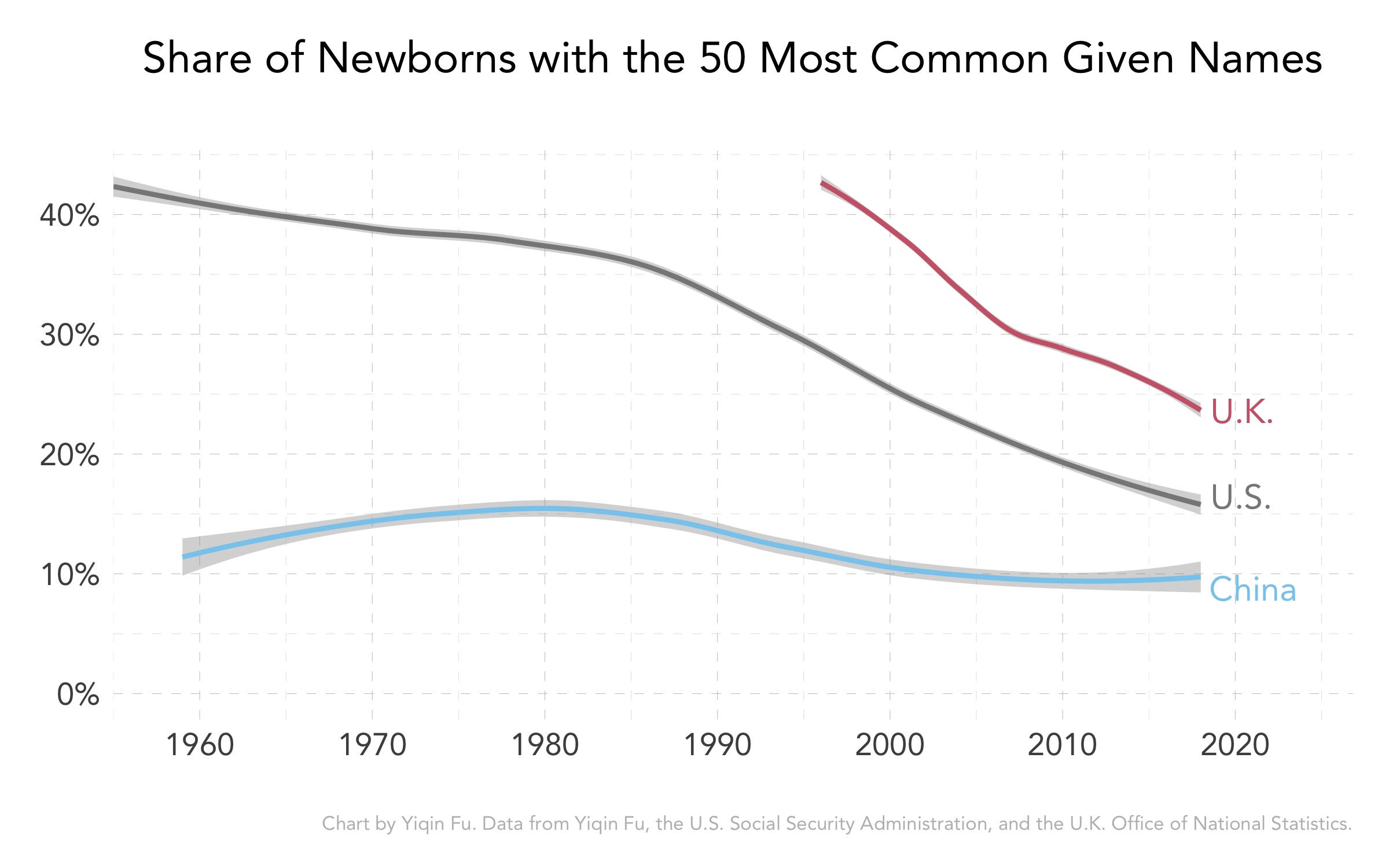 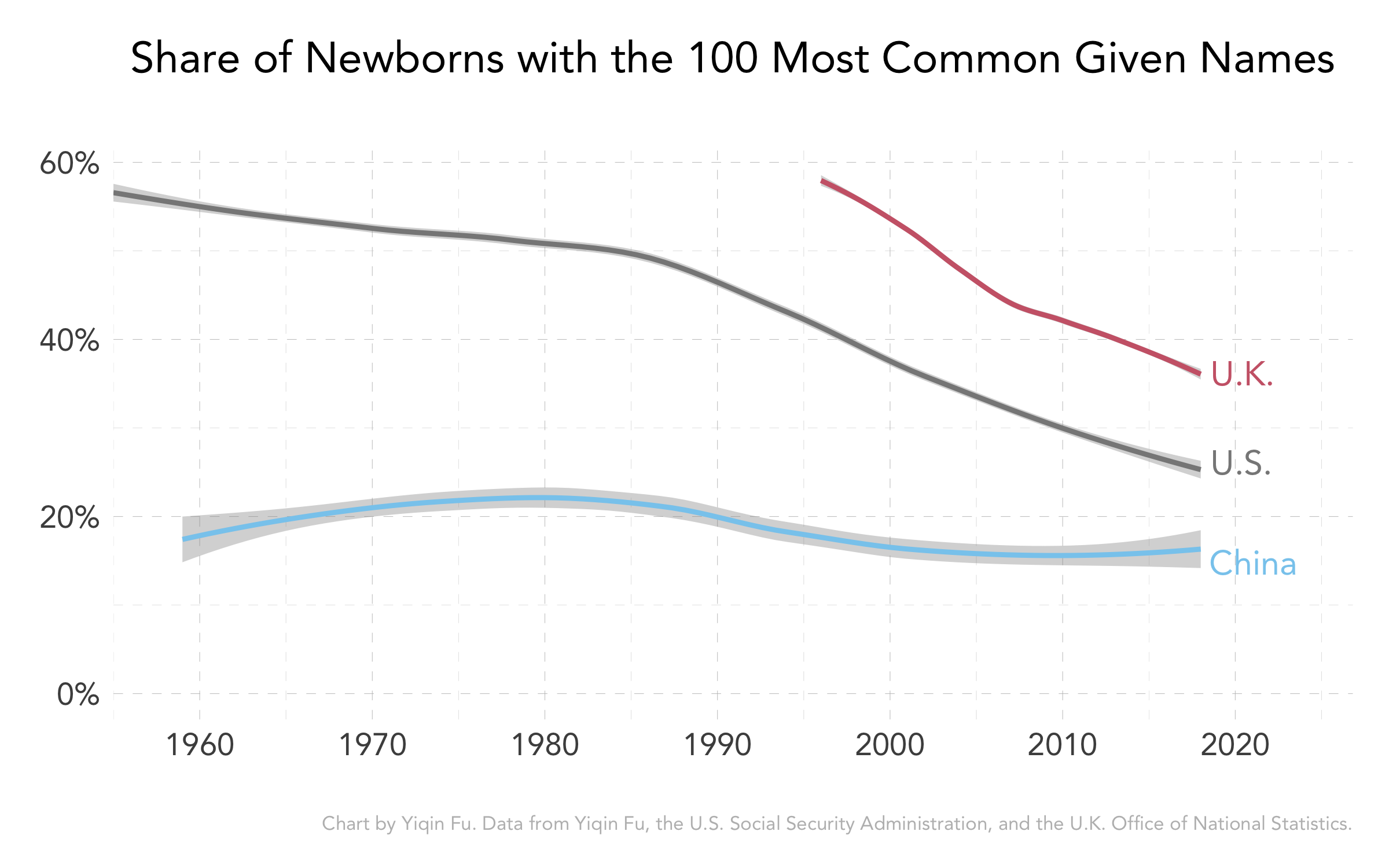 A fifth of the Chinese population shares just three family names. Thus, parents try to give as distinct a given name as possible to their children. The typical naming process involves opening a dictionary and finding (often esoteric) characters that embody the values the parents wish to impart on the child. For example, the parents may decide that they like the concept of light and shine. In Chinese, any character with the “sun” radical would work as a given name, e.g. 光, 明, 亮, 闪, 皓, 晖, 昭, 璨, 煜, etc. In English, however, the options would be quite limited, and parents in the U.S. and the U.K. typically do not start the naming process with some “values” in mind anyways.

Many Chinese people adopt the “find-a-unique-word” approach when picking their English names, so that’s why you may know a Shimmer Zhang or a Sparkle Wang. The broader trend in the U.S. and the U.K. is towards more and more unique given names, so maybe Shimmers and Sparkles won’t be that odd in a few decades!