FIFA has published the height, weight, and date of birth of all players in all 32 countries' squads. I chart them below by player position and by country.

Each red dot below represents a player, and the black dot is the average height and weight of 20-year-old US males. I could not find similar data on young men from European or Latin American countries, hence I ended up using the US data. 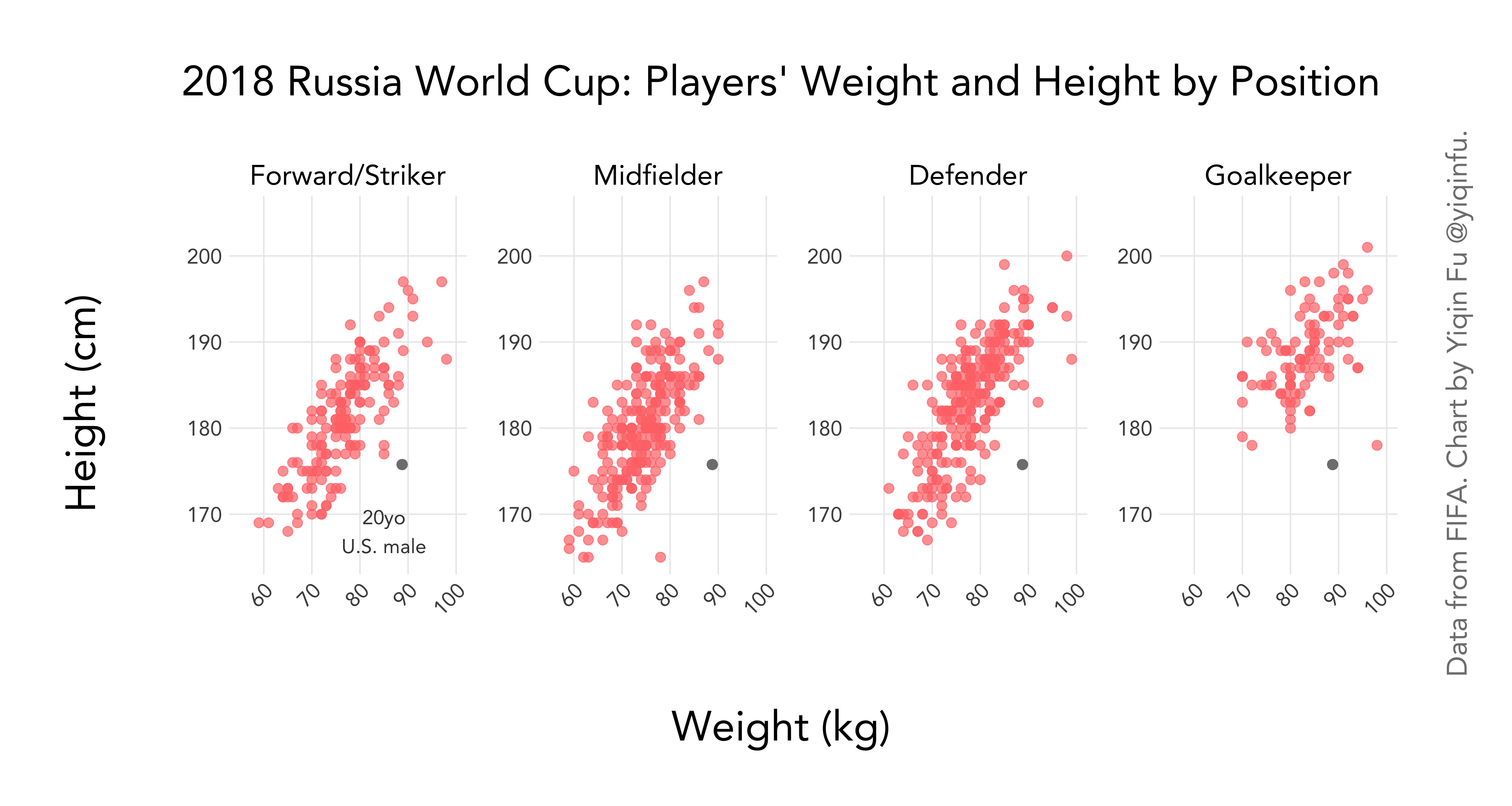 Other than showing that goalkeepers are bigger in size, the above chart does not tell us much. We thus proceed by merging the FIFA dataset with more detailed player position classification data from Transfermarkt. Transfermarkt assigns each player a single position, so no player appears twice in the chart below. Granted, most players can play multiple positions, and their positions change during the game as well, depending on the team strategy. But the Transfermarkt classification is the most comprehensive dataset we can find, so we group player size data by it below. 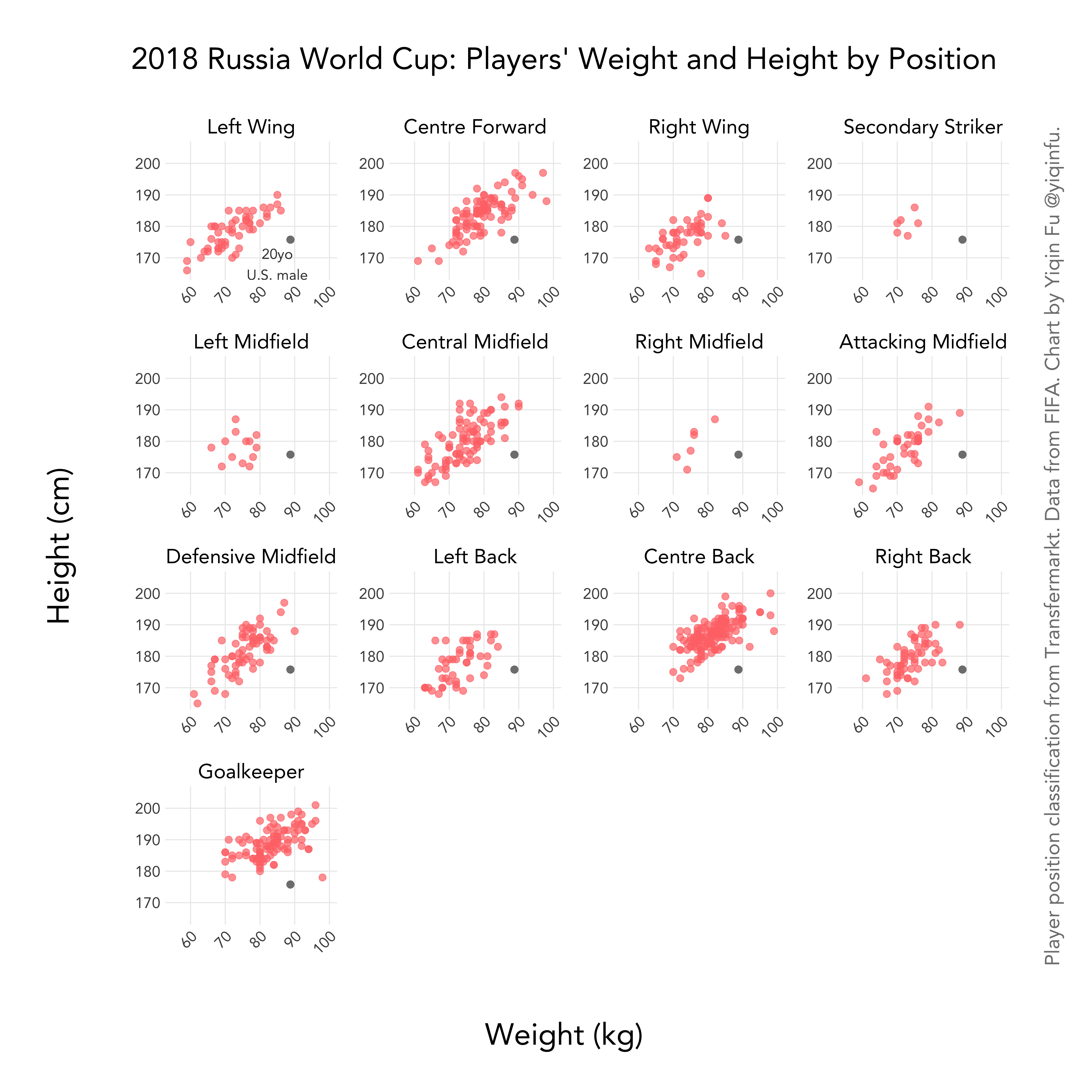 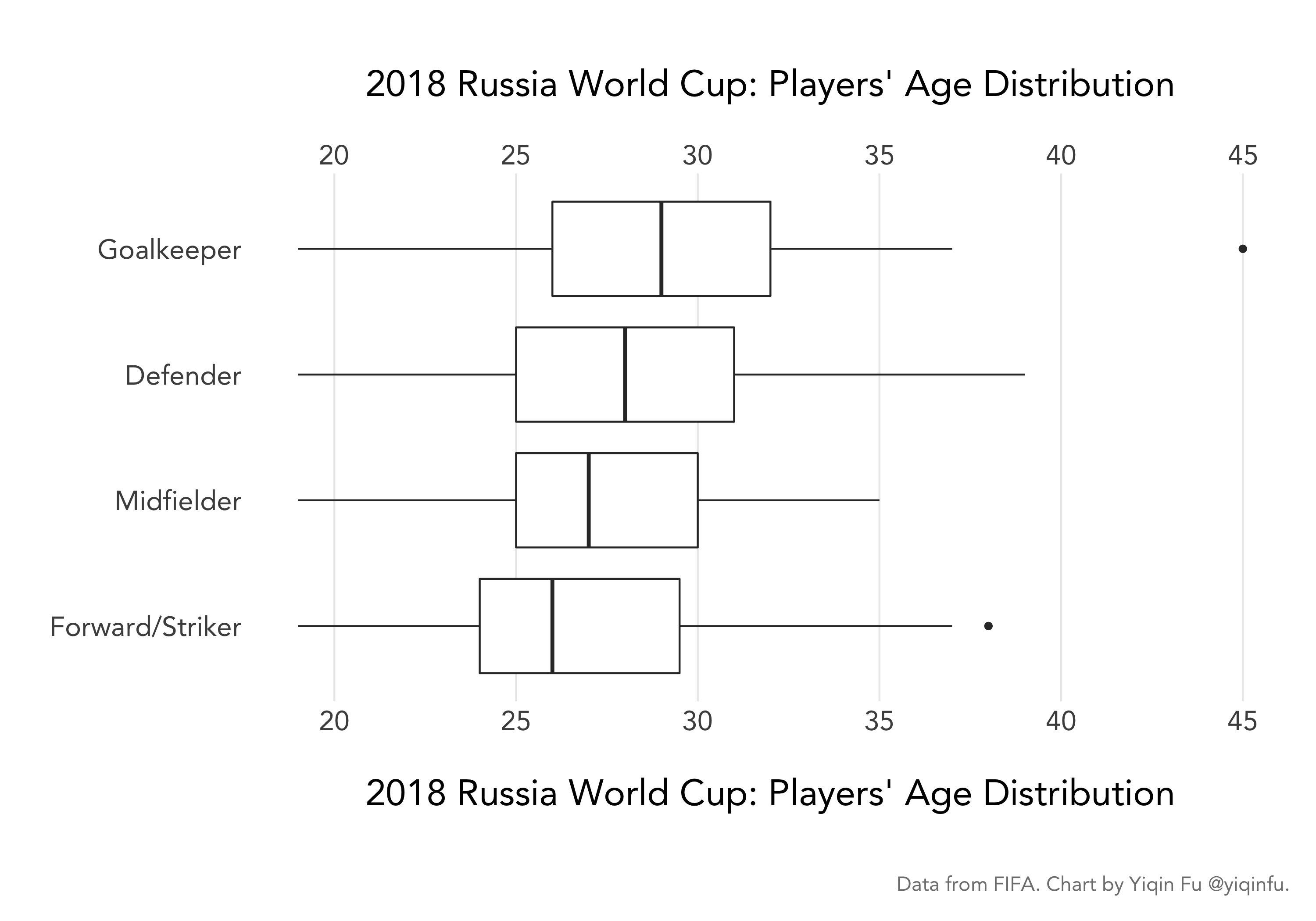 (The numbers in brackets denote the number of players in this position.) 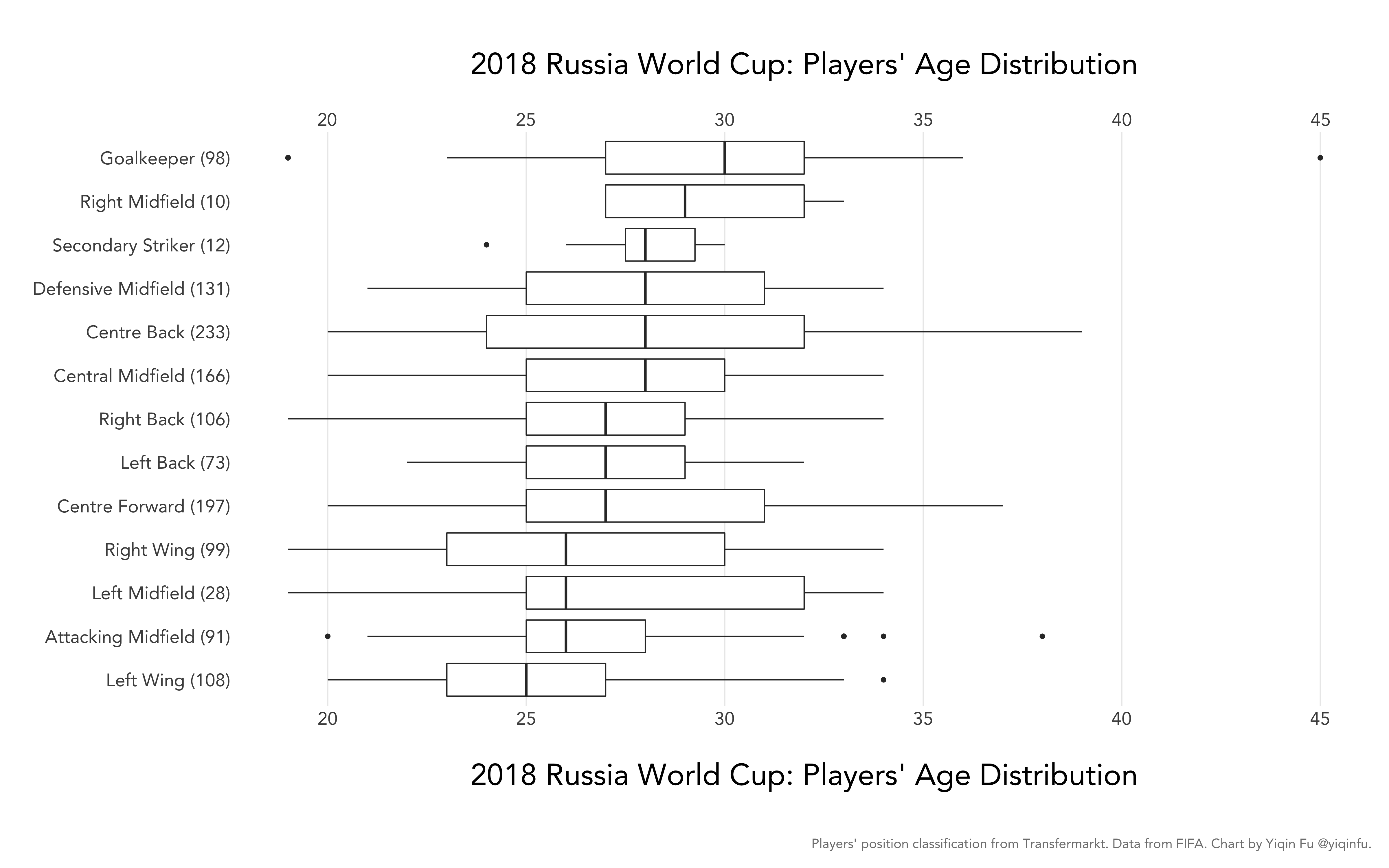 If we group the player size and age data by country, we see large differences in height, weight, and age.

Judging by each team’s median height, the tallest countries (Serbia and Denmark) are around 10cm taller than the shortest countries (Argentina and Saudi Arabia). 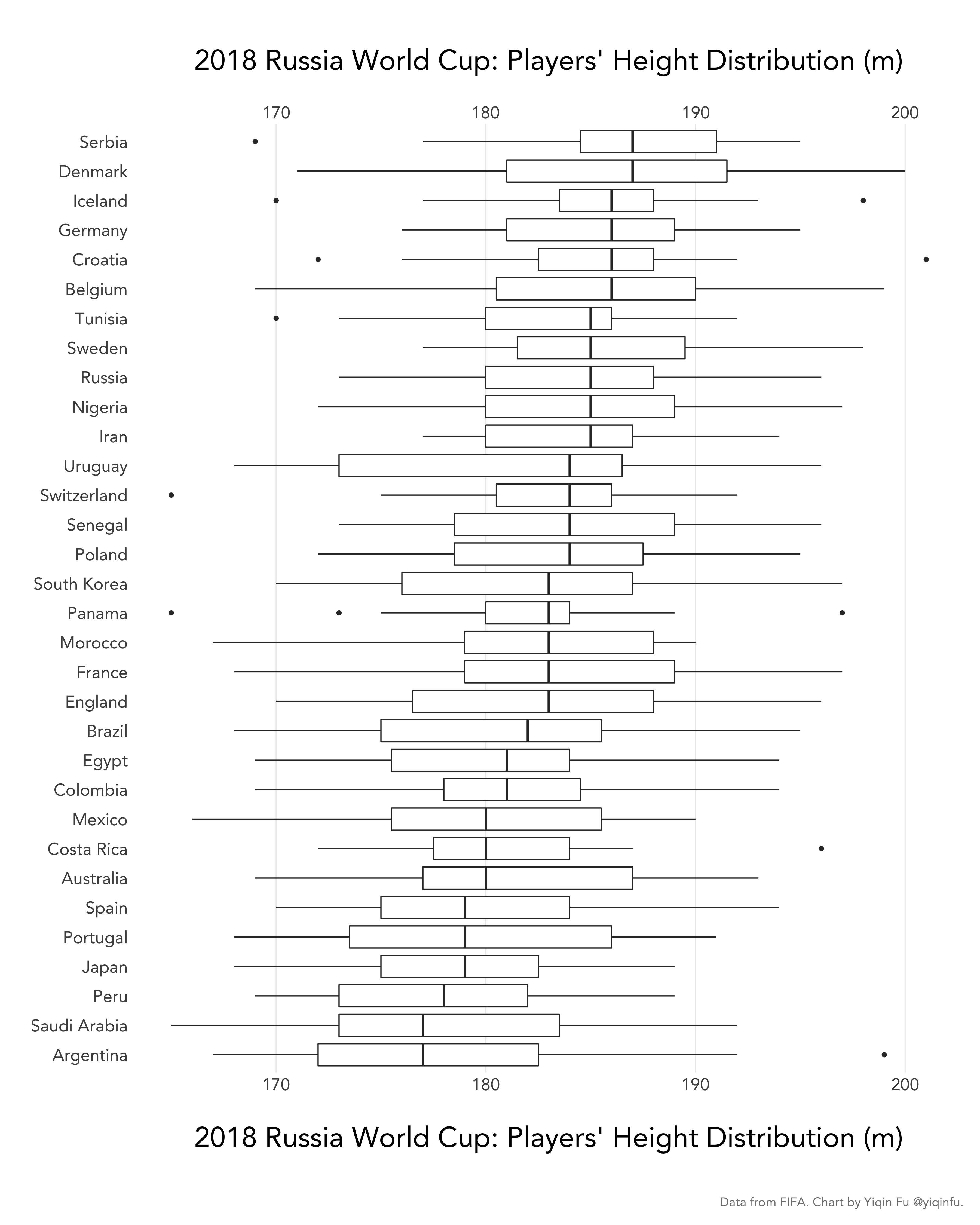 Similarly, judging by each team’s median weight, the heaviest country (Denmark) is around 10kg heavier than the lightest country (Japan). 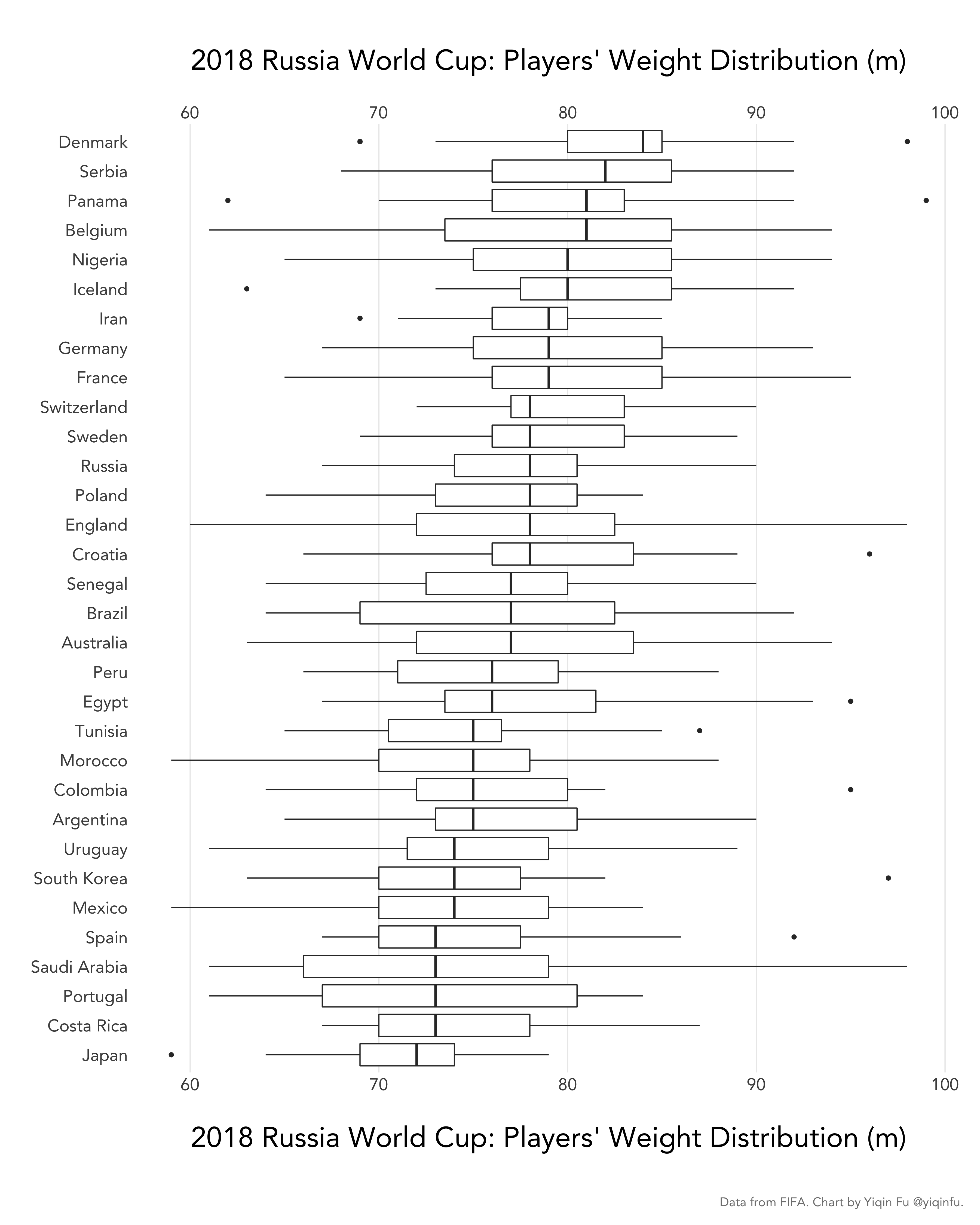 Probably a useless statistic, the BMI of each country’s players is charted below: 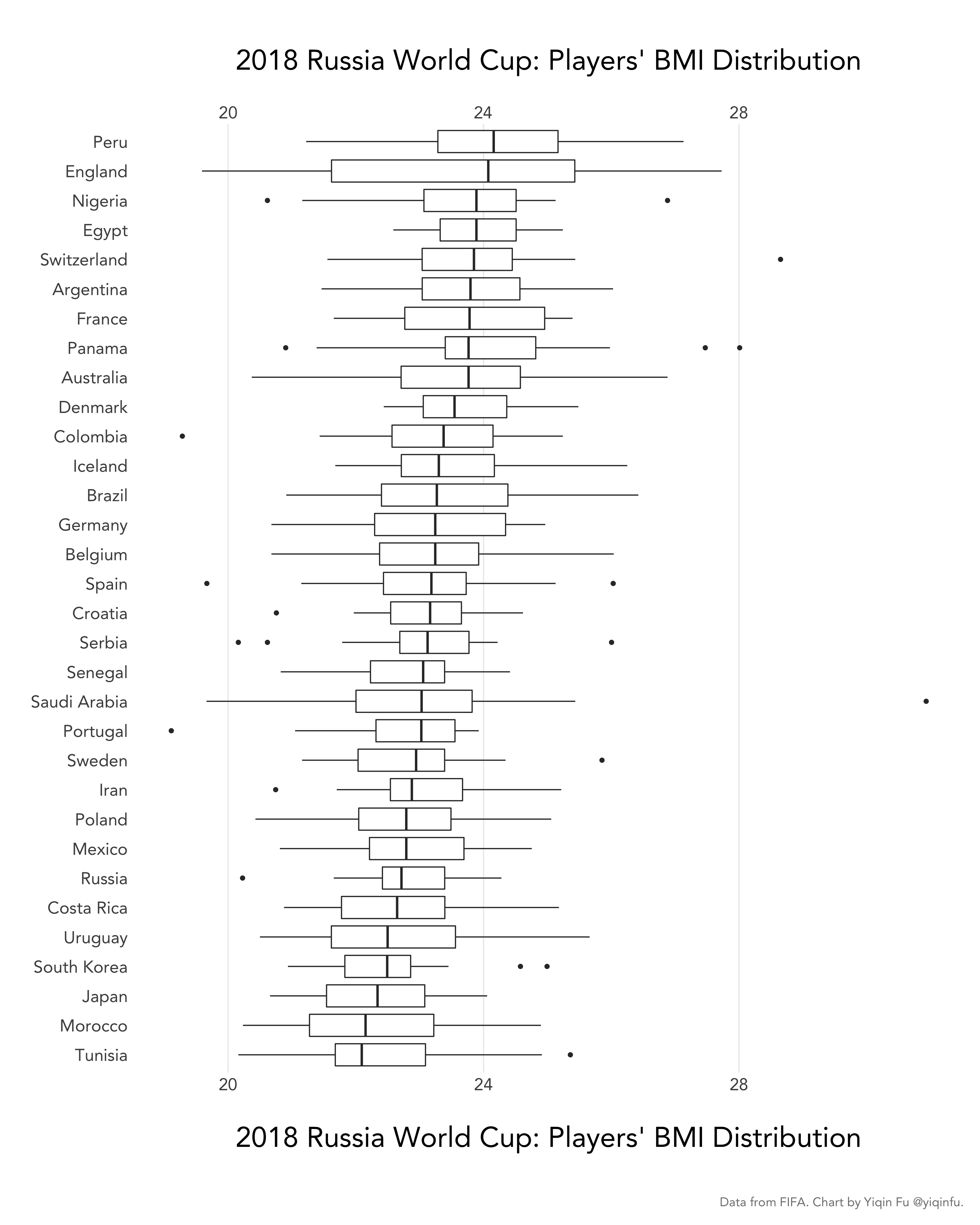 Last, we look at age. The oldest team (Argentina) is five years older than the youngest teams (England, France, and Nigeria).

The first elimination-stage game between Argentina and France was thus a game of the biggest age difference. It will be interesting to see if a young team such as England or France triumphs or an older team such as Brazil becomes the champion. 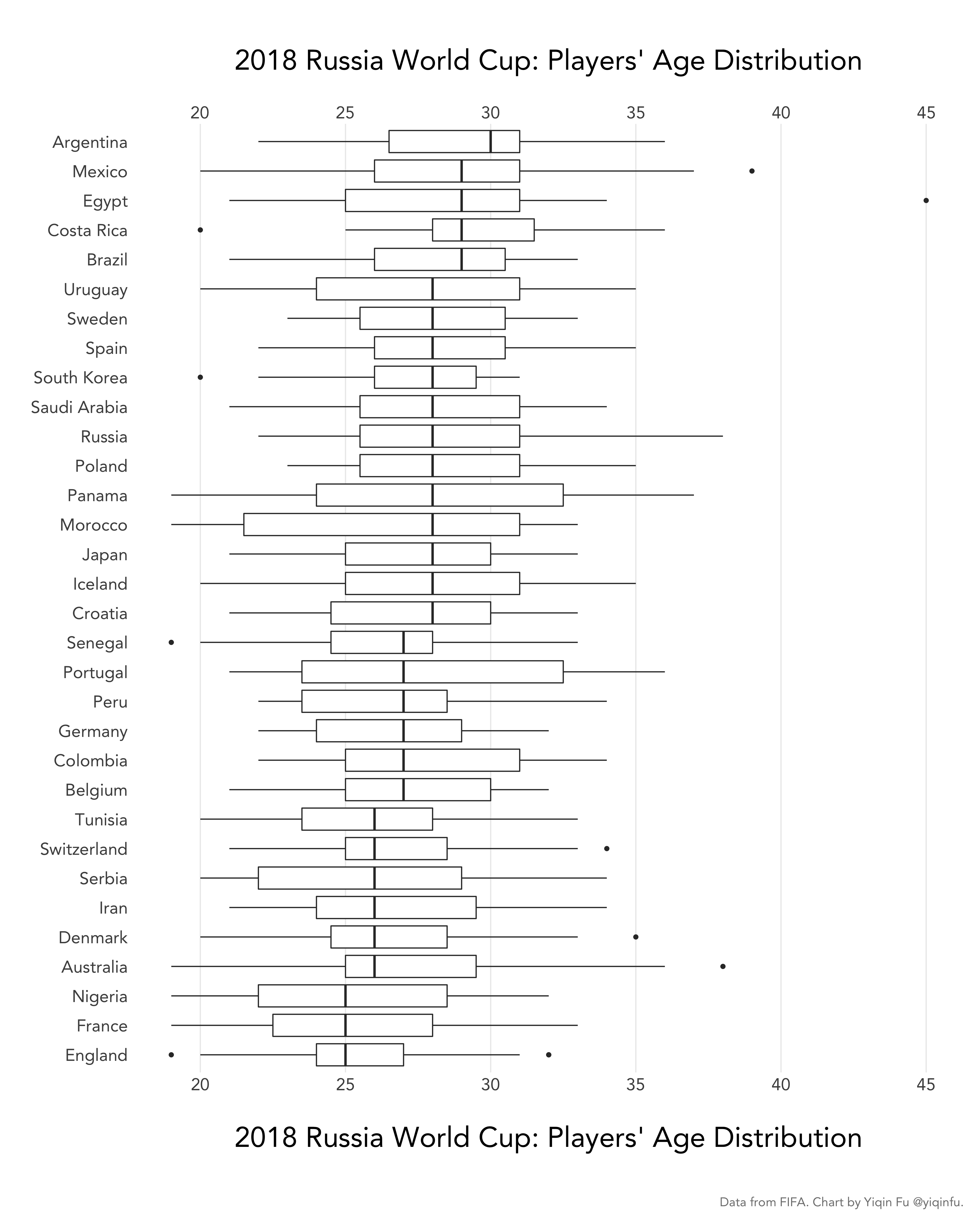